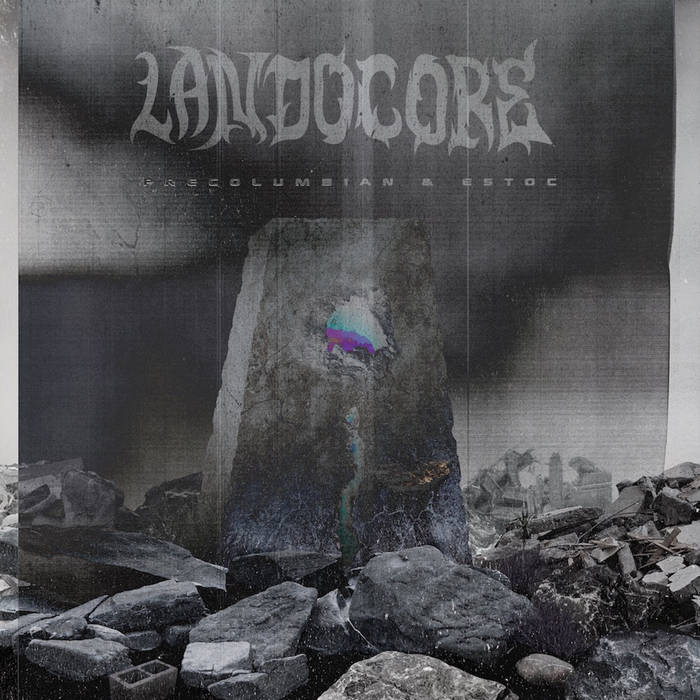 The EP arrives as the follow-up to their debut release CCT EP, which arrived in 2019 via Brooklyn-based label APOCALIPSIS. CCT meets at the cross-section of the producers’ styles, finding an alliance between cajón and hypnotic, driving club music.

Landocore’s intro opens with a dramatic, ritualistic immersion into the EP’s shapeshifting soundscape. “Misti” powers forward with rolling percussion, incorporating melodies from zampona & quena wind instruments that call back directly to Perú. “March” veers closer to the club utility of CCT EP, landing with driving hardstyle and cajón percussion. “Inga,” already a staple in radio, Boiler Room, and dancefloor sets, masterfully balances tension between echoing vocal elements and Creole rhythms. Landocore leads out with ceremonial distortion, closing the chapter on an mesmerizing listening experience specific only to the meeting of these two artists.

Landocore was recorded over the past year in the artists’ home city of Philadelphia, and was mixed and mastered in Houston by Majia founder Sines.

Precolumbian is a Philadelphia-based DJ, musician and cultural creator. She is co-founder of queer experimental club night Seltzer. Her work was honored with the 2013 Leeway Transformation Award and has been featured in The Fader, NPR, MTV, Remezcla, and Fact Magazine. Recent notable performances include: iBomba Boiler Room, Red Bull Radio, Toronto Pride, Macrock, Rolling Stone Latino at The Latin Grammys, and The Baltimore Museum of Art.

Estoc is a DJ and producer currently based in Philadelphia. Her work is centered around the intersection of antifascism and hardcore music. She has been featured in Fact Mag, Tiny Mixtapes, i-D, and Resident Advisor, among others. She has also made mixes for Rage Radio, The Astral Plane, Stock71, Seltzer, and many more.

The artists are also founders of Search Engine, a new club night that showcases trans women DJs and producers, while creating a safe space to explore nontraditional club music.

All Bandcamp proceeds will be going to www.blmphilly.com