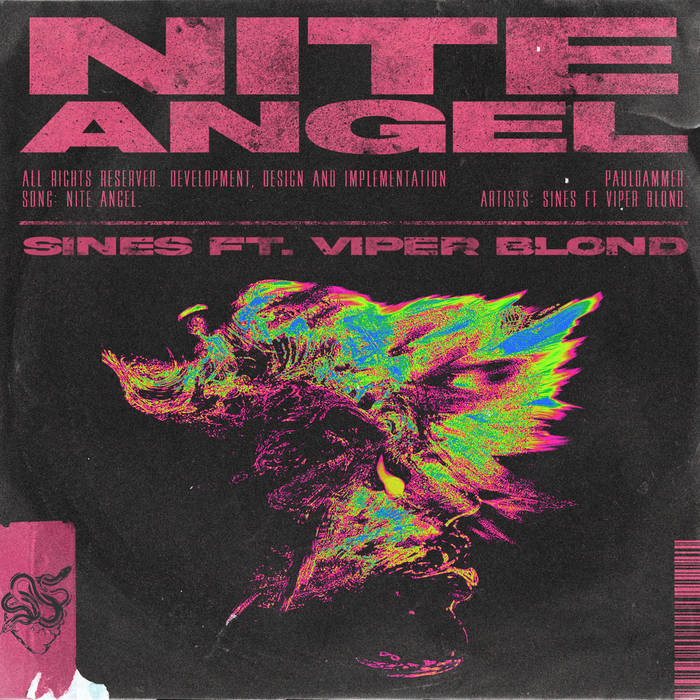 
True to Amor’s mission to showcase the sensual side of sonic experimentation, “Nite Angel” glides over an icy, entrancing melody and a punchy dembow riddim that harkens back to nostalgic, early 2000s trance sounds. Viper Blond whispers haunting spoken word fragments over the track (“I’m an angel/ I’m in your dreams”), positioning the recording as an ideal soundtrack for the hazy closing dance floor moments that lead into the early morning sunrise. “Nite Angel” was recorded between studios in Houston and Toronto, and was mastered and engineered by Chilean artist IMAABS.


Thalia Anwin, also known as Viper Blond, is a Greek-Italian experimental techno producer, DJ, and vocalist based out of nowhere. She combines inspiration from ancient religions, lucid dreams, and the subconscious to make her sound.


Raised and rooted in South Texas, DJ and producer Sines is an integral part of the evolution of US-based, Latinx club music’s growth and mutation. Integrating undeniable influences from the borderlands’ natural cross-hatching of sounds, Sines’ productions are based in knowledge that’s equal parts inspired by Luny Tunes’ groundbreaking sample palette that forms the roots of reggaetón, as much as by the dripping, cathartic pace Houston’s legendary chopped and screwed pioneer DJ Screw.